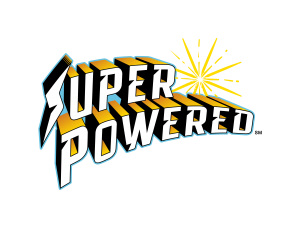 These are official rulings and clarifications that apply to all FLL tournaments in Australia only. However, they can be overruled by official updates from FIRST (found here). Check regularly for updates. Please note that the Super Powered season contains rules that are different from previous seasons.

Longer Explanation: To quote a section of text that used to appear in the FLL Challenge Guide…

Teams who have read everything:

Ruling #1: The Art of Design

Longer Explanation: In Mission 3, teams may bring their own custom display wall to place on the energy storage model;  this allows you to decorate the field a little bit and display some team pride!

According to the rulebook, the display wall should be built using pieces from bag 15 in the kit; however, the referees will not be expected to know exactly which pieces are in that bag, so we won’t be auditing that the display wall is built with them.

That being said, all the pieces in bag 15 are flat single-stud pieces, so that’s the category we will be allowing.  The intent of the display wall is for a fun piece of personalisation, not an extra piece of Equipment which starts outside the field – so it must be built only with decorative flat pieces with maximum height of 1 stud; no structures or mechanisms can be attached to it to make any mission easier to complete.

According to (page 20, rule 4), “Teams may not interfere with the opposing field or robot unless there is a mission exception. Points failed or lost due to interference will score automatically for the other team.”  For M05, there is no such exception, so because team A interfered, team B will automatically get the points for raising their arm (and since the red table also raised the arm, team B will score 30 points total). However, the action was not allowed, so team A will not score points for that – they can only score a maximum of 20 points for raising their own connector.

I confirmed this one with US FIRST to make sure it was accurate.

Longer Explanation: The rules explicitly state that the rechargeable battery unit is not an energy unit;  one reading of the rules might suggest that the fuel, water and hybrid units can be used as energy units (thematically, this tracks as well – all of them are forms of energy).

The official word from US FIRST is that the green-and-white units are intended to be the only units used as “energy” units, but the above reading is a fair assessment of the rules.

So, for now – within Australia – using (for example) a fuel unit in place of an energy unit will be scored as if it was a generic energy unit.  However, if you plan to make use of this strategy, be prepared that this could change at any time. If an official rule update is posted on the FIRSTinspires.org website, they might clarify that only the 12 units can be used. Even if the update goes out on the morning of your event, we will have to follow that update to the letter.